The best places to explore in Miami are not where you might think. Our editors give the lowdown

In the minds of most, Miami means beach scenes, neon-lit Deco hotels and thumping nightclubs in the core of South Beach. And for good reason—it was the most vibrant scene in town for decades. That’s all changed. These days some of the best finds in the city lie in pockets outside the normal tourist haunts. Here, our staff breaks down the Magic City’s most dynamic areas, and how to enjoy them. 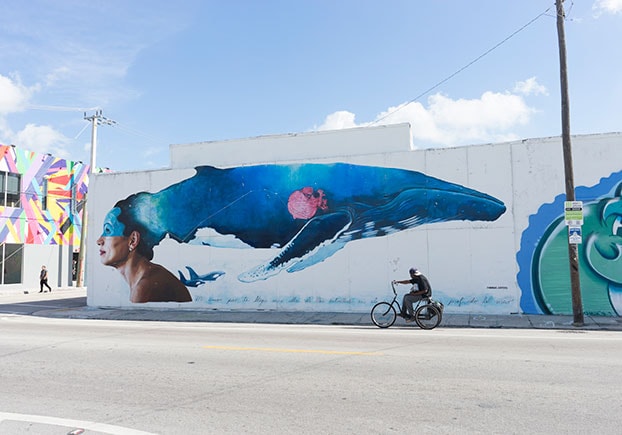 Wynwood, in the early aughts, was a desolate warehouse district home to only a handful of galleries. Then, street art happened, with Tony Goldman’s Wynwood Walls and world-renowned artists including Shepard Fairey, as well as locals like FL.Mingo, pasting and painting powerful imagery all over the neighborhood. Today, the area is an ever-changing kaleidoscope of fresh new street art, jet-setters and selfie-taking foot traffic igniting a food, drink and retail renaissance.

Panther Coffee, with their house-roasted terroir-focused beans, led the early charge, leading to a food scene that has taken flight—there were four James Beard semifinalists within three blocks of one another this year. They include heavy-hitting chef Brad Kilgore, who turned this food desert into an elevated dining destination with Alter, an industrial chic space whipping up refined New American fare with artful presentations; Kyu, a modern Asian barbecue hotspot whose Korean fried chicken attracts a cult following; and Zak the Baker, a vibrant Jewish deli serving freshly baked loaves, pickled vegetables and kosher sandwiches.

For a more outdoorsy grub experience, head north to 29th Street for The Wynwood Yard—literally a gravel lot with a welcoming bar serving local brews, and food trucks such as Kuenko (Japanese-Spanish donburi-style rice bowls), and Mr. Bing (whimsical shaved ice cream). Upping the game at the Yard, Charcoal, a group of shipping container rejiggered into an eatery, serves grilled meat and seafood dishes. There are also four breweries in the district, the most recent of which is Veza Sur Brewing Co., opening this year as a grown-up’s playground teeming with beer cocktails and brews served Brazilian “chop” style. For a more intimate atmosphere, head to microbrew specialist Boxelder’s dimly lit L-shaped bar. Gramps’ tropical dive aesthetic lures the tattooed and skinny jean crowd with weekly drag queen bingo and karaoke nights. 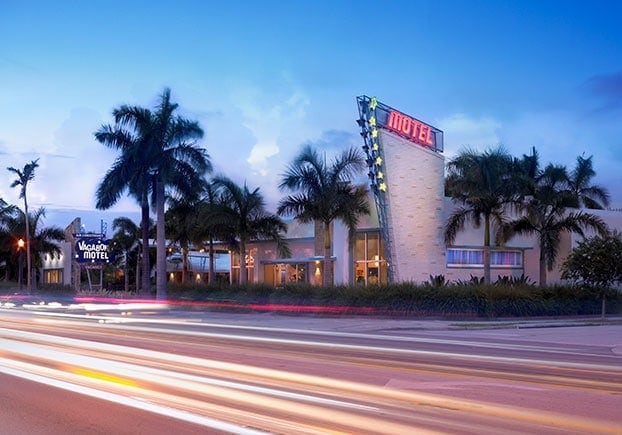 In the postwar boom, before Interstate 95 allowed beach-seekers to skip Biscayne Boulevard, mainland Miami was all the rage. Small but flamboyant MiMo (Miami Modern architecture) hotels lined the strip and attracted the likes of Frank Sinatra and Sammy Davis Jr. Though the area crashed in the ensuing decades (hotels offered hourly rates), these days the MiMo area is historically preserved, and the neighborhoods of the Biscayne Corridor, running from 15th Street to 85th Street, are favorites of locals.

At the northern end (Upper East Side), be sure to check out the Vagabond Hotel, not only for its quintessential MiMo lines and clever room revamps, but also its dining and gay-friendly Sunday pool party. A few blocks away, The Anderson bar has earned a reputation as the mainland go-to for rad ’80s nostalgia and dark corners in which to make mistakes. Drinks such as the Beets By Bro (mezcal, fresh beet juice, lime bitters, sage) come from the famed Broken Shaker crew, while tunes range from Smiths cover bands to DJs spinning ’90s hip-hop. 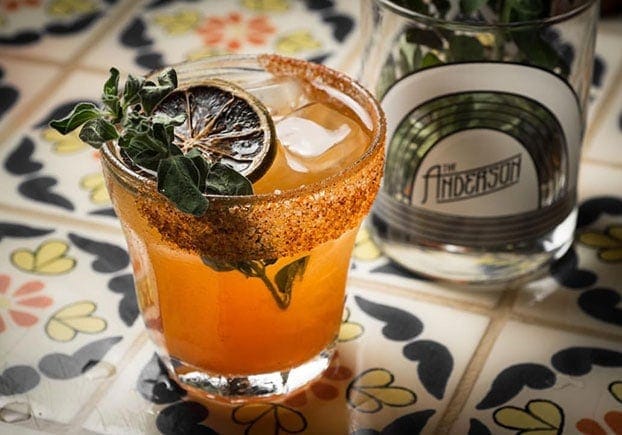 Miami’s pizza awakening has reached the Upper East Side with Paulie Gee’s, a Southern outpost of the lionized Brooklyn eatery, where you can geek out over dough with owner Jason Weisberg. Nearby, Ironside Pizza, tucked into an industrial strip-turned-design-hub, also offers excellent pies and no corkage fee.

West of the Biscayne/MiMo strip you’ll find the Little River/Little Haiti neighborhood, an unpolished mix of residential and warehouse blocks where some of Miami’s best art galleries have cropped up since fleeing rent hikes in Wynwood. Nina Johnson bought her eponymous gallery space on 63rd Street and NW 2nd Avenue, as did Emerson Dorsch a few blocks south, while nearby Spinello Projects and Bill Brady Miami bring cultural cachet to a warehouse conversion development known as Little River // Miami.

Little River // Miami is also home to Imperial Moto Café, which dishes out local coffee, tea, clothes and high-end motorcycle gear, and in the coming months, celebrated Melrose Avenue women’s lifestyle boutique TenOverSix will move in with an array of design and fashion offerings such as Rachel Comey tunic dresses and colorful hand-woven Truss totes from Oaxaca, Mexico. For the boys, there’s by-appointment-only Fabrice Tardieu, whose high-end kicks have adorned the feet of Common, Will Smith and Dwyane Wade. 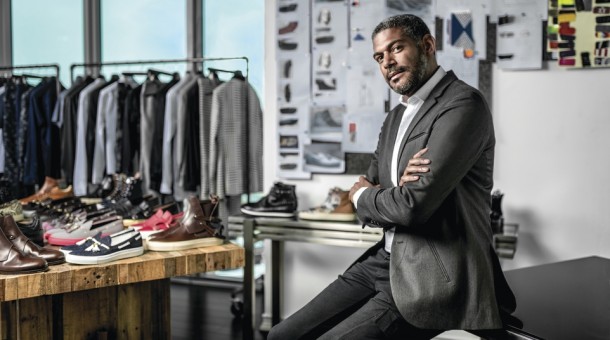 Hop a few blocks south and you’re in the heart of Little Haiti, where the spartan Clive’s Café, another Wynwood escapee, dishes Jamaican faves such as curried goat, cow foot and what many say is the best jerk chicken in town. Local foodies are also waiting impatiently for the early winter (hopefully) opening of Wessel’s Tropical BarBQ, where James Beard nominee Kris Wessel promises Florida, Caribbean and American South flavors worked into wood-fired heritage pork, oxtail, goat and wild boar.

Fabrice Tardieu has been involved in the fashion industry for over a decade, beginning his career at Giorgio Armani in France. In 2004, Fabrice introduced and launched Bogosse. In 2014, Fabrice Tardieu launched his first namesake collection of meticulously handcrafted luxury menswear with the Fall/Winter collection in Miami.